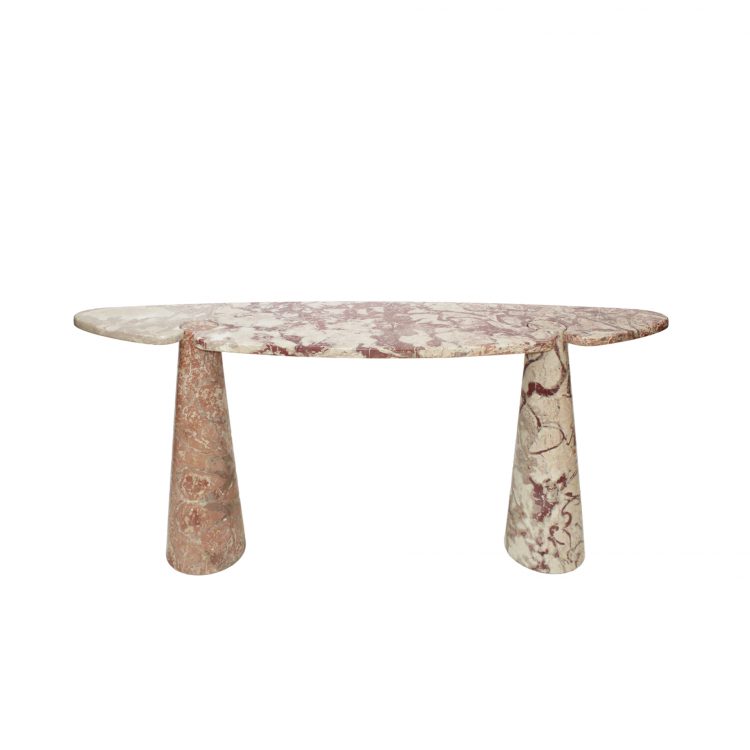 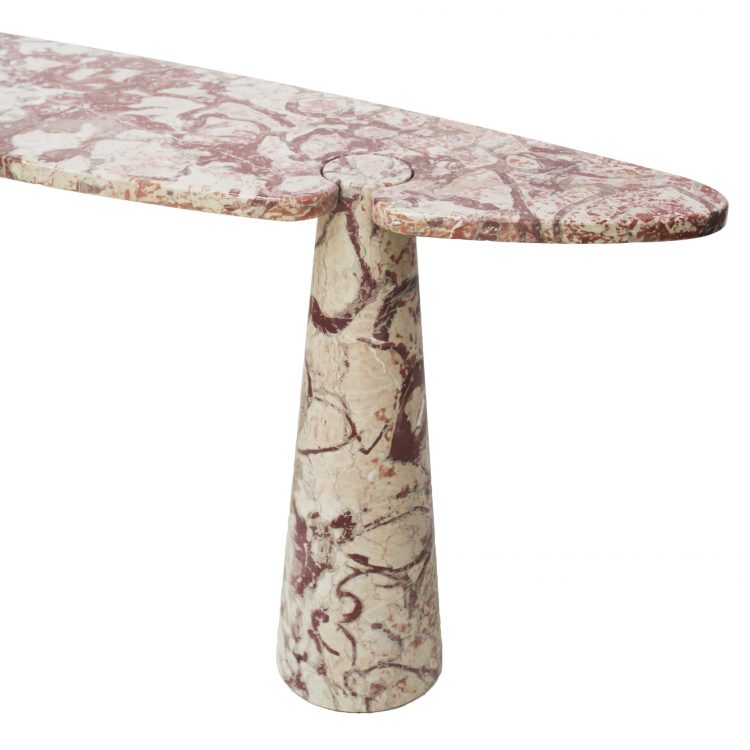 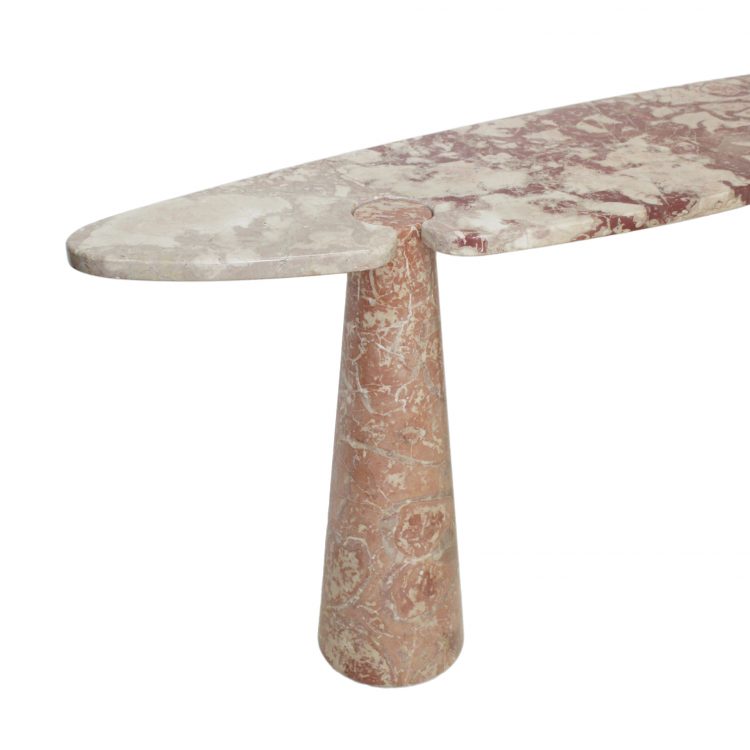 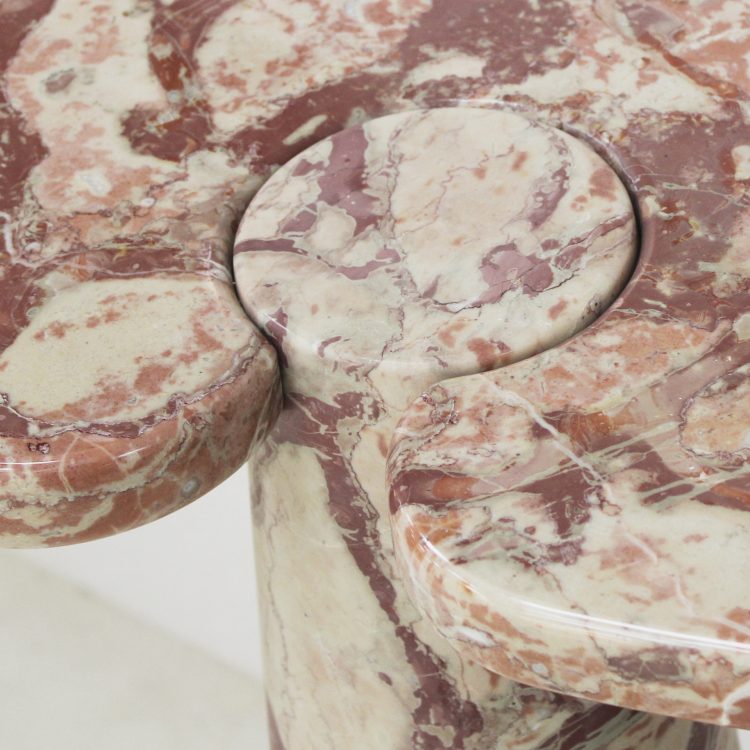 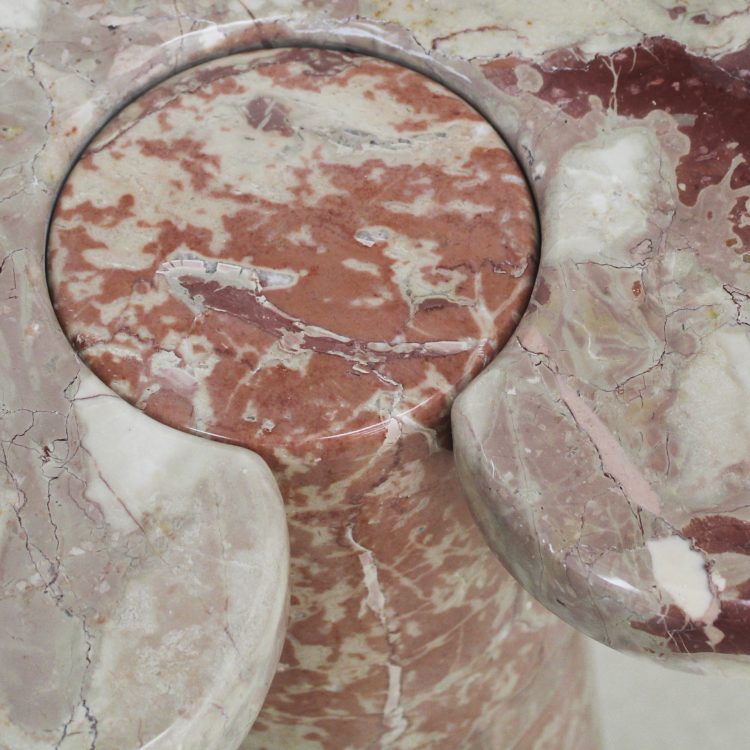 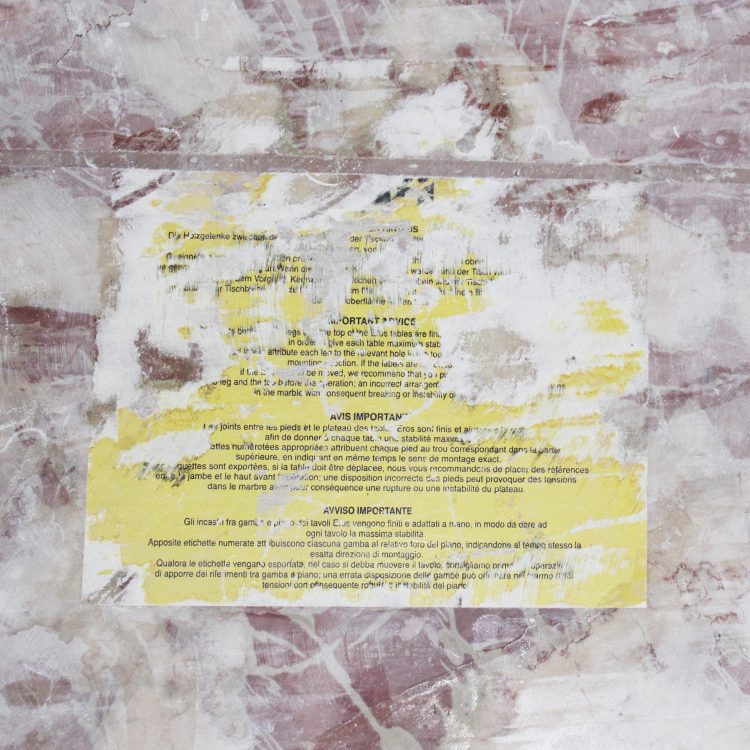 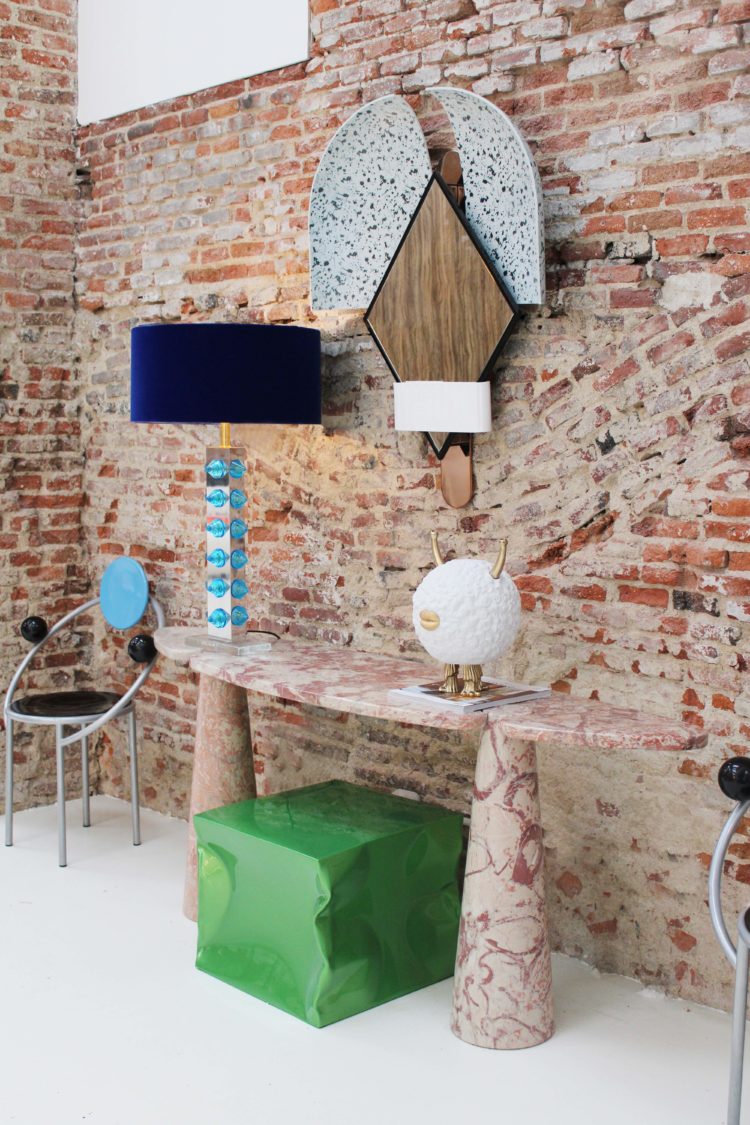 Angelo Mangiarotti (Milan, 1921-2012) graduated in Architecture from the Politecnico di Milano in 1948. In 1953 he traveled to the United States to work and met Frank Lloyd Wright, Walter Gropius, Mies van der Rohe and Konrad Wachsmann.
There, he opened an architecture firm together with Bruno Morassutti until 1960. While working as an architect, whose works are published in books, specialized magazines and newspapers, he has an intense didactic activity carried out in different Italian and foreign universities.
Mangiarotti, as a designer, gives a very important role to plastic research. The objective of his research, which is always carried out carefully respecting the characteristics of the material, is the definition of the shape of the object as a quality of the material. 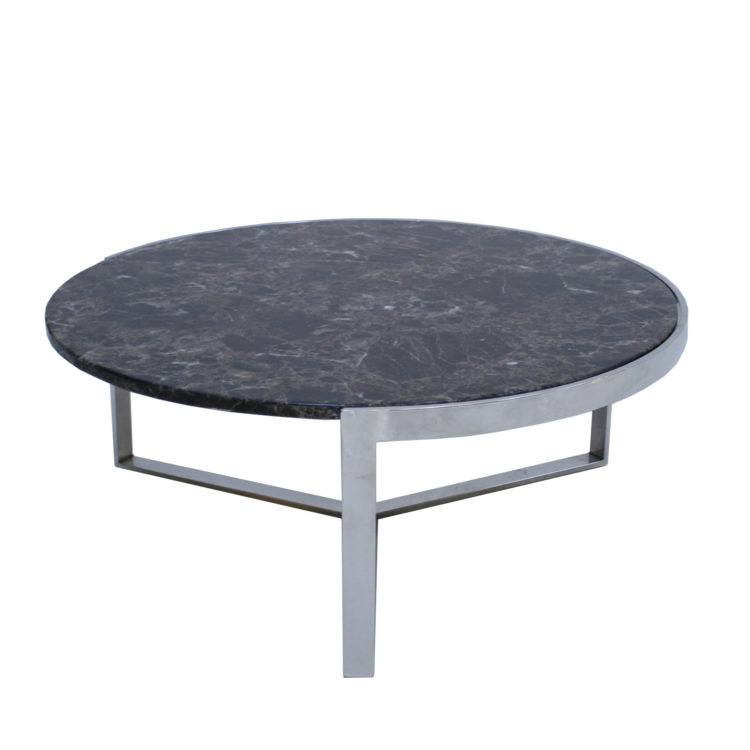 Circular coffee table made with a steel plate structure and a circular top in dark emperador marble. France 1970s. 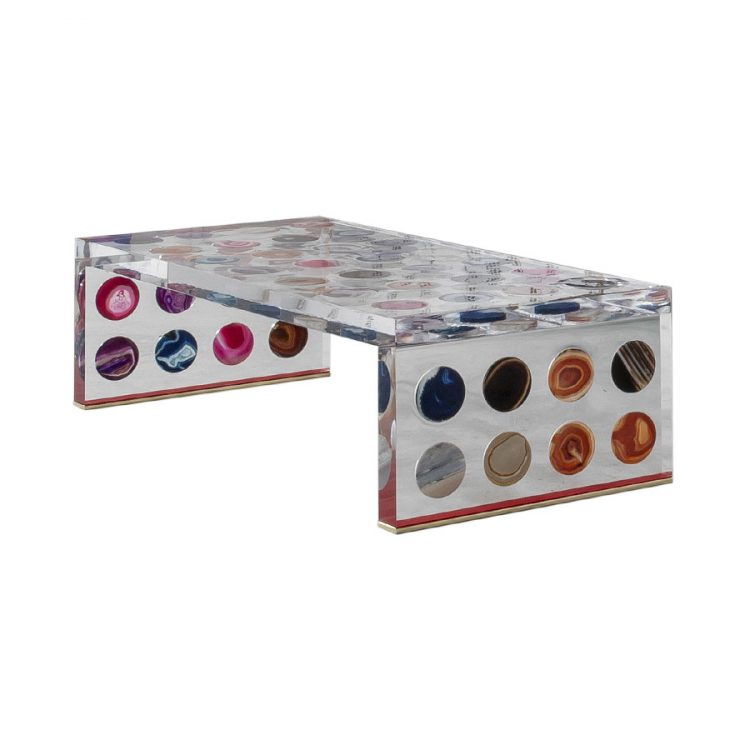 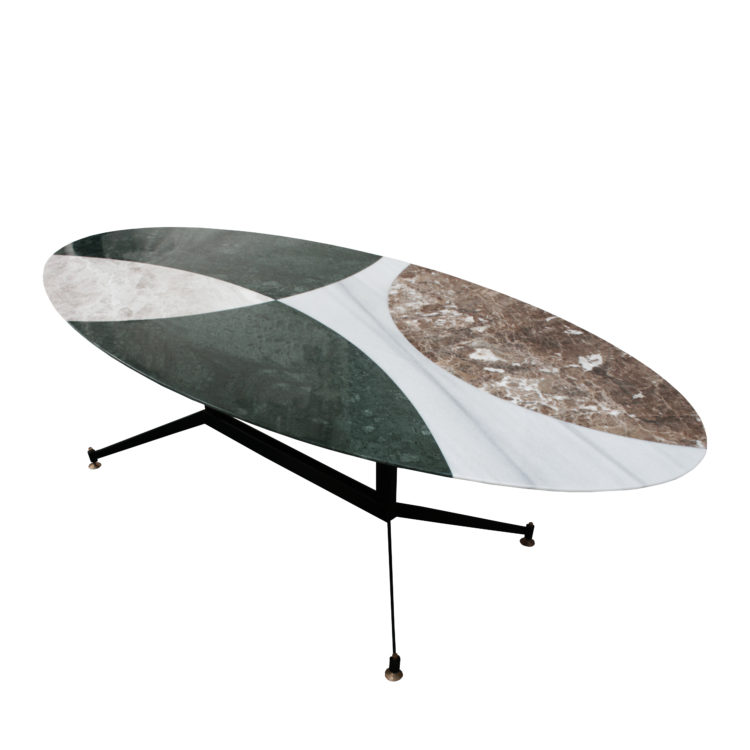 Dining table designed by LA Studio composed of a base from the 50s in a black lacquered metal structure with feet finished in a pivoting brass tablet and a marquetry top in Carrara white, Indian green, Macael gray and Emperador brown marbles. 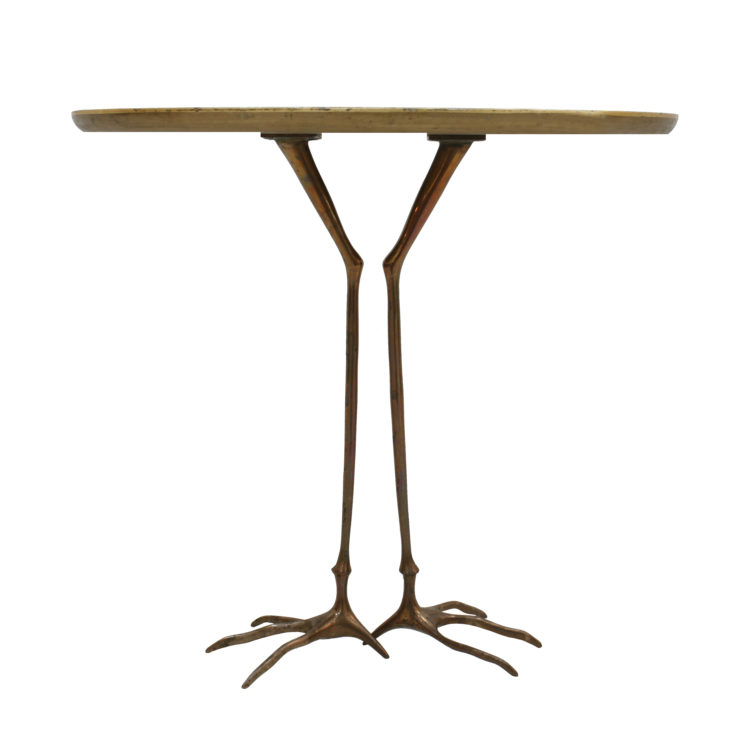 «Traccia» Pedestal Table, designed by Meret Oppenheim in 1936 and edited by Dino Gavina as part of the “Ultramobile” collection in 1970. Composed of an oval top in gold leaf and a sculptural base in solid bronze imitating the legs of a heron. Italy 70s. 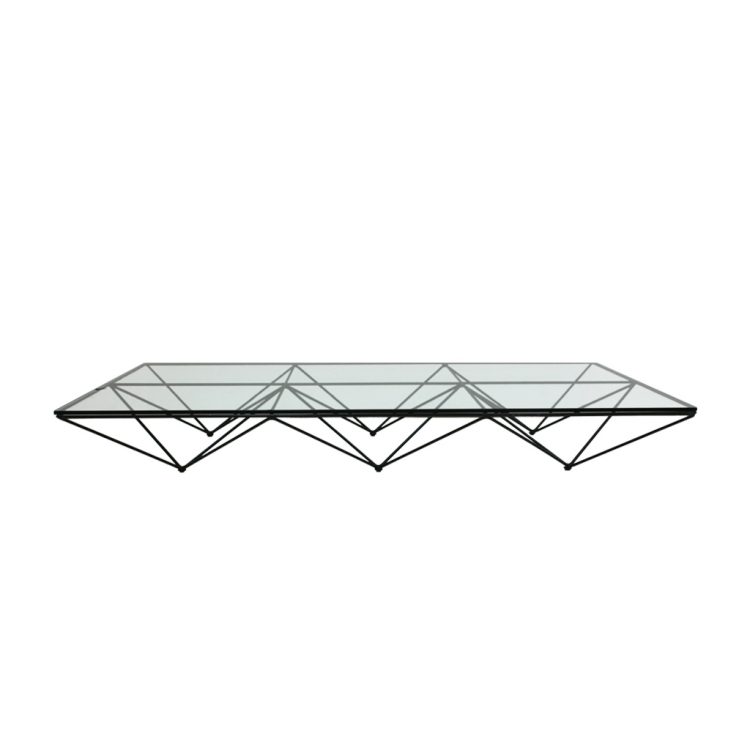 Rectangular coffee table designed by Paolo Piva for B&B Italia, made with a lacquered steel structure and transparent glass top. 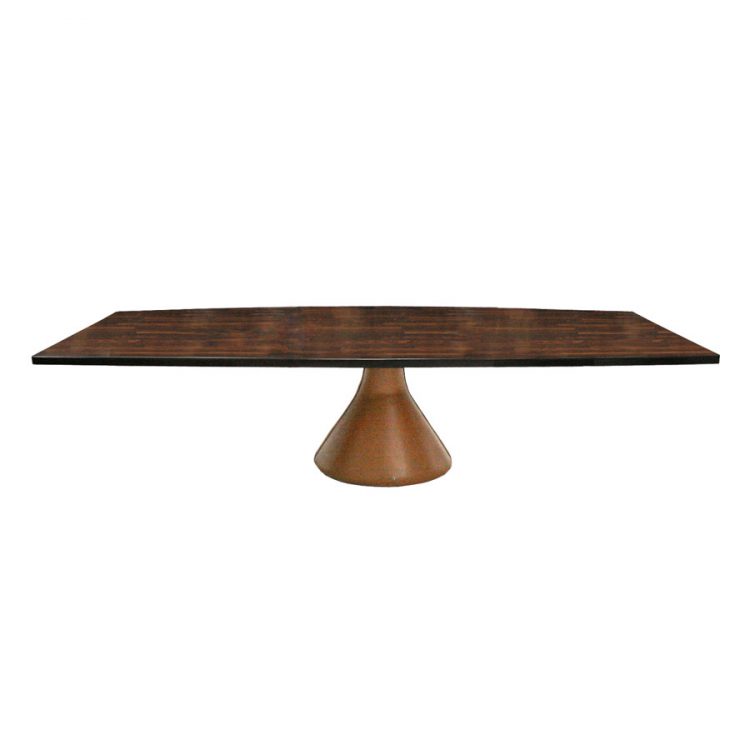 «Guanabara» dining table designed by Jorge Zalszupin and edited by his manufacture L’Atelier. Top made of jacaranda wood and base made of concrete covered with leather. Brazil 1970